You are here: Home / Newsletter / How Sleep Deprivation Influences your Eating Habits

In a perfect world, we could eat what our bodies are craving and still maintain a healthy lifestyle. However, sleep-deprived people tend to crave more unhealthy food, and they want to eat more of it.

The cause of this change in eating habits may be related to how the hormones leptin and ghrelin are released when you’re tired. Leptin is an appetite suppressant that is released to tell your body it’s full. Ghrelin does the opposite and notifies your body that it’s hungry. A 2004 study showed that people that didn’t sleep enough had reduced leptin and increased ghrelin. The tired participants felt hungrier and less satisfied than they would have if they slept a sufficient amount, which is more than seven hours per night for most people.

The science behind this study may be why chronically tired people are more likely to have a higher BMI (body mass index), to eat more, and to drink more alcohol.

A 2017 survey analysed the sleep habits of over 1,600 adults to determine the relationship between sleep and certain metabolic markers, like fasting blood lipids. They found that the fewer hours that people slept, the higher their BMI, a measure that shows whether the person’s weight falls in a healthy range for their height. A higher BMI implies that the person may be overweight. Short sleep was also correlated with a wider waist circumference. Participants who slept more tended to have a lower BMI and better metabolic profiles.

Emotional Eaters May be Tempted to Eat More

Short sleepers may be tempted to reach for a drink to feel less exhausted and irritable. Another study in Appetite examined 700 men and women to see how their sleep duration and alcohol consumption were related. The study found that short sleepers tend to consume more alcohol than those who slept at least seven hours per night. However, like the emotional eaters, there were personality factors at play. People who were less inhibited and also sleep deprived were likely to report more binge drinking. Although people share certain biological responses to sleep loss, individual personalities play a role in how each person reacts to sleep deprivation.

Sufficient Sleep May Return Your Eating to a Healthy Level

Scientists have a name for the eating habits that sleep-deprived people are inclined toward: “non-homeostatic eating.” The name implies that usually, people can reach an equilibrium, or balance, with their eating habits. They consume exactly what their bodies need, not more or less. However, sleeplessness leads people into excessive eating habits that can lead to weight gain.

A simple way to eat healthier may be to plan for sufficient sleep each night. Setting aside at least seven hours of rest is a good start. Try to make this timing consistent from day to day. Going to sleep and waking at regular intervals teaches your body when to feel sleepy or awake, which can make it easier to both fall asleep and rise in the morning. If you wake up feeling uncomfortable during the night, compare mattresses online to see if yours suits your needs. You can also block out distracting light and sounds with blackout curtains and a noise cancelling machine.

Taking the time to sleep enough each night may help you eat in a more balanced way. 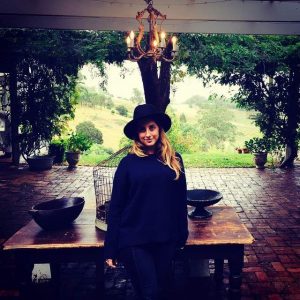